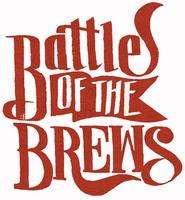 If you’re looking for some great beer in the middle of wine country, you should check out the 2012 Battle of the Brews coming to Santa Rosa.  On March 31, between 4:00 p.m. and 9:00 p.m., the Active 20-30 of Santa Rosa club is hosting the 16th Annual Battle of the Brews at Sonoma County Fairgrounds at 1350 Bennett Valley Road, in the Grace Pavilion.

The 1st Annual Craft Cup competition happens between 2:00 p.m. and 4:00 p.m., before the Main Event, and brings together over a dozen renowned breweries and brewmasters to compete head to head in a juried competition.  The Craft Cup will also feature a Home Brew category allowing up-and-coming brewers to battle it out and show off their skills.   In addition, there will be a Brewmaster Panel with representatives who will answer questions and share stories.  This year’s panel features Gordon Biersch founder Dan Gordon.

Entrance to the Craft Cup competition is limited to the only 150 ticket holders.  The $95 tickets will also allow the holders into the ‘Wich Hunt competition and Main Event festivities.

The first annual ‘Wich Hunt competition is a sandwich brawl in which local chefs compete to construct the ultimate carbohydrate-protein-carbohydrate creation.   From Dagwoods to sliders, artisan BLTs, heroes, hoagies, banh mi, and beyond, the only constraint is being able to fit into the mouths of the judges and fans.

Hosted by BiteClub’s Heather Irwin, ‘Wich Hunt takes places alongside the Craft Cup competition, between 2:00 p.m. and 4:00 p.m., and tickets for admission are included in the Craft Cup tasting (see above).  Guests will be able to meet the competing chefs and taste their creations for themselves.  There are at least 15 confirmed participants so far, including Zin Restaurant, Peloton Catering, Street-eatz Mobile Kitchen, KIN Restaurant, and Rocker Oysterfeller’s.  To see the complete list of participants, or if you are interested in becoming a participant yourself, go here.

Battle of the Brews Main Event

Kicking off at 4:00 p.m., the Main Event will host over 20 drafts and food vendors fighting for your vote while the Pat Jordan Band (5:00) and Love Fool (6:00) provide the entertainment.  Now in its 16th year, the People’s Choice beer competition has become a local favorite celebrating beer, food, and music, all while raising money for at risk children in Sonoma County.  Tickets for the Main Event are only $40.

Active 20/30 United States and Canada provides young adults with an opportunity for personal growth, friendships, and leadership development while improving the quality of life for the special needs of children in its community.  Over the years, the Active 20-30 Club of Santa Rosa (#50) has helped support many youth causes and programs and distributes tens of thousands of dollars annually.  Among the recipients have been the Santa Rosa Boys and Girls Clubs, Kid Street Charter School of Santa Rosa, Challenger Little League, The Imagine Bus Project North, Social Advocates for Youth (SAY), Northern California Center for Well-Being, and Children and Family Circle.  All proceeds from the 16th Annual Battle of the Brews event will go directly to helping children in need in Sonoma County.