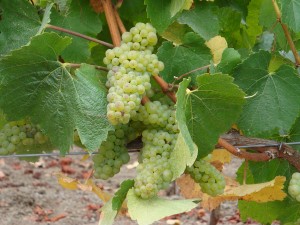 You may already know that there is a formal list of grape varietal names approved for use in designating American wines, but exactly how long do you think that list is?

As of February 28, 2012, the official list in the Federal Register has 347 names.  That’s right, three hundred and forty seven!  Actually, 32 of those are synonyms for other approved names (like Carignan/Carignane, or Durif/Petite Sirah), but that means there are a total of 315 unique varietals approved for use to describe American wines, and that is a lot of varietals.  (This does not apply to imported  wines.  If the producing country has approved a name for use on wines sold for consumption within that country, then the wine can be imported with that grape variety name.)

Section 105(e) of the Federal Alcohol Administration Act (FAA Act), 27 U.S.C. 205(e), authorizes the Secretary of the Treasury to prescribe regulations for the labeling of wine, distilled spirits, and malt beverages. The Alcohol and Tobacco Tax and Trade Bureau (TTB) administers the regulations promulgated under the FAA Act.

Part 4 of the TTB regulations (27 CFR part 4) sets forth the standards promulgated under the FAA Act for the labeling and advertising of wine. Within that part, section 4.23 sets forth the rules for varietal (grape type) labeling and paragraph (e) of that section provides that only a grape variety name approved by the TTB Administrator may be used as a type designation for an American wine.

Any interested person may petition the Administrator for the approval of a grape variety name.  During that attempt, the petition should provide evidence of the following:

Typically, if TTB determines that the evidence submitted with a petition supports approval of the new grape variety name, TTB will send a letter of approval to the petitioner.   In that letter, the petitioner is advised that TTB will propose to add the grape variety name to the list of approved grape variety names in § 4.91 at a later date.   After one or more approvals have been issued, a notice of proposed rulemaking will be prepared for publication in the Federal Register proposing to add the name(s) to the § 4.91 list, with opportunity for public comment, which could potentially result in the name having its approval revoked.  If there are no comments during the public comment period, or the comments received merely support the approval(s), then the name(s) are added to “The List.”

Currently, the names of 347 approved varietals appear in § 4.91 (27 CFR 4.91).  There are another 13 varietal names that are currently administratively approved for use, pending the final rulemaking which you can see here (scroll to the end) .  Of the ones that have been administratively approved, 5 of them (Geneva Red, Madeleine Sylvaner, Pinot Bianco, Tinta Cao, and Tinta Roriz) appear to be synonyms for previously approved names for use in the United States.  On the other hand, there are another 8 names that appear to be new names for use in the United States (Bluebell, Chisago, Diana, Gros Manseng, King of the North, Marquis, Ribolla Gialla, and Touriga Nacional).

It’s fun to review the varietal list to see how many grape varietals you have tried.  In reviewing the “A”s, we’ve tasted Aglianico, Albariño/Alvarinho, Aleatico, Alicante Bouschet, Aligoté, Arneis, and Auxerrois, but have never tried Agawam, Albemarle, Alvarelhão, or Aurore.  How many varietal names on the approved list have you tried?