Thanks to wineries along the Wine Road, we started November with another lovely weekend in Sonoma County enjoying wine and food pairings at the 2014 A Wine & Food Affair. At the 16th annual Affair, each participating winery prepared a special recipe to pair with one of their wines so for two days we traveled the Russian River, Dry Creek, and Alexander Valleys knowing we could easily access recipes for our favorite dishes once we got home. We ended the weekend with a few cases of wine for the cellar and many recipes downloaded and ready to try and make at home. 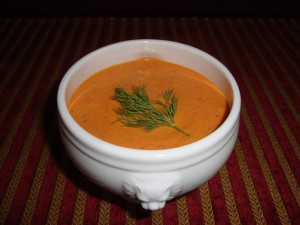 In the past, A Wine & Food Affair attendees were able to visit the wineries, taste the food/wine pairings, and then take home a cookbook (included in their ticket price) that had all of the recipes from the wineries’ offerings in it. Starting this year, the cookbook has been replaced by a calendar but the recipes are very easy to find and print out from the Wine Road’s website. Some of the items from past years’ events which we have successfully made at home are Honey Harvest Tomato Bisque, Rigatoni Salsiccia, and Apple Streusel Muffins. 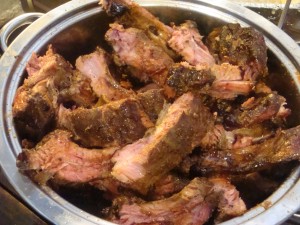 Keep reading, and we’ll let you know what we considered our favorite white wines, red wines, and food items at this year’s Affair. If you get the chance, please seek these wineries and food purveyors out so you can enjoy their products as much as we did. In addition to links to winery websites, we’ve also tried to provide links to the recipes for our most favorite food items. 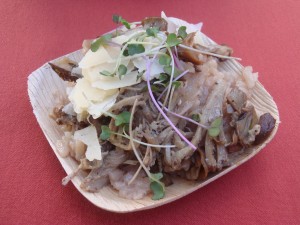 At the A Wine & Food Affair, we found many effective and interesting pairings of food ingredients and spices with the flavor components of the wines they were partnered with, but these were our favorite combinations. Each time, we were impressed three ways: the wine itself, the food alone, and how well the elements of the food offering complimented the flavor nuances of the wine.  So, if any of these intrigue you, we encourage you to print out the recipe, purchase the wine, and then duplicate the pairing in your own home.

These were our favorite pairings with white wines: 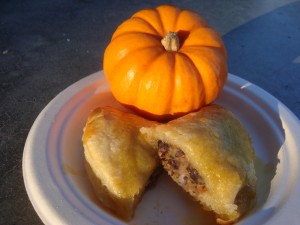 And, the most impressive pairings of dishes with red wines were: 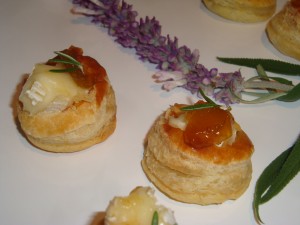 Out of all the wines we tasted at the 2014 A Wine & Food Affair, these were our favorite white wines and rosés: 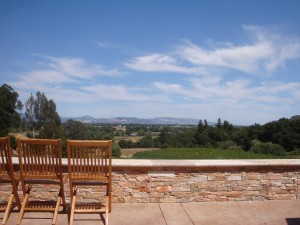 Favorite Red Wines at the 2014 A Wine & Food Affair

Overall, these were our favorite red wines from this year’s A Wine & Food Affair: 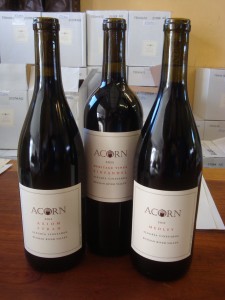 Favorite Dessert Wines at the 2014 A Wine & Food Affair 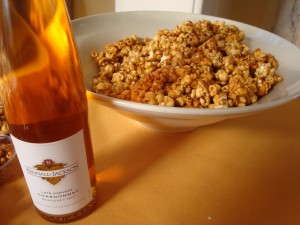 We highly enjoyed two dessert wines at this year’s A Wine & Food Affair. One was Stuhlmuller Vineyards’ “Sticky,” a fortified Cabernet Sauvignon. The other was Kendall-Jackson’s 2007 Late Harvest Chardonnay which they were serving along with Mama Frischkorn’s Caramel Corn and it was an excellent pairing. You can find the recipe here.

Our Other Favorite Foods at the 2014 A Wine & Food Affair

We’ve already listed the dishes we felt best matched the wines they were paired with.  Below are the other food offerings we found particularly noteworthy in our travels at the Affair.  If their recipes seem do-able to you, we can confirm the end product is worth the effort. 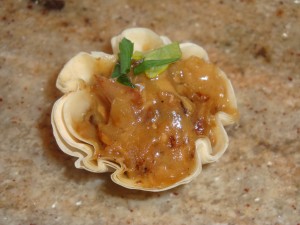 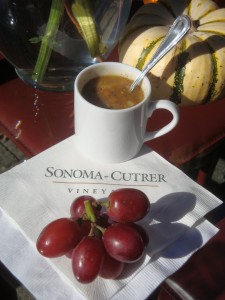 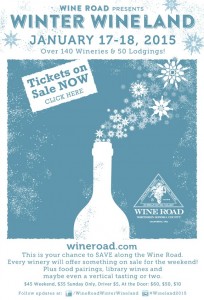 Wine Road, an association of wineries and lodgings in the Alexander, Dry Creek, and Russian River Valleys, presents three events each year: Winter WINEland in January; Barrel Tasting in March; and A Wine & Food Affair in November. You can read more about the events, play with interactive maps of the region, and/or learn about local lodging options here to help you better plan your next trip to the region.  Their next major event, the 2015 Winter WINEland, is scheduled for January 17-18, 2015 and will involve about 140 wineries offering limited production wines, new releases, library wines, and a chance to meet the winemakers. If you’d like to read about how much we enjoyed Winter WINEland in the past, please go here.