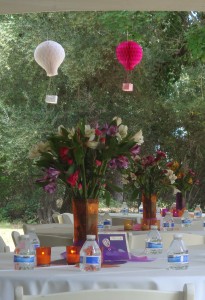 Earlier this month we had the pleasure of indulging in wines made from grapes grown in the Howell Mountain AVA at the 20th annual Taste of Howell Mountain Wine Tasting and Auction.  We had a great time enjoying the wine, food and festivities on June 20 and looking around it seemed like we weren’t the only ones. Howell Mountain Cabernet Sauvignons have a well-deserved reputation but we frequently find admirable wines made from other varietals as well from this region.

TOHM is one of our favorite events in Napa County, and we encourage you to consider attending yourself next year (June 18, 2016).  This year’s activities started with over 40 wineries in a walk-around wine tasting sharing their latest releases (and a few library wines) as a silent auction tempted us with a variety of opportunities.  Later on, a festive live auction provided us more chances to taste wines and help support the Howell Mountain Education Foundation (a non-profit organization receiving part of the day’s proceeds).

If you are looking for wines that best represent the Howell Mountain AVA right now, we’ve listed below the ones we enjoyed the most at the 2015 Taste of Howell Mountain. So, please look for them in your local restaurants, wine stores, and/or from the wineries themselves (and you can follow the links to see which wineries have public tasting rooms and their operating hours): 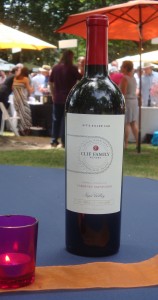 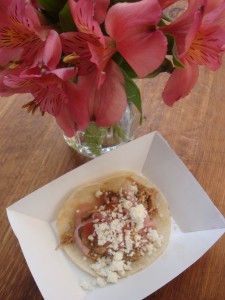 We continue to be fans of Winery Chefs (under new ownership this year) and their food offerings at the 2015 Taste of Howell Mountain were outstanding, once again. We particularly enjoyed this year’s Chili-Braised Pork Tacos with Pickled Red Onion and Queso, and the Oven-Roasted Pizza with Coppa, Fennel, Summer Squash, Mozzarella, Ricotta and Basil.

Another welcome repeat visitor to Taste of Howell Mountain was the Howell Mountain Cookie Company. Our personal favorites are their Coconut Lime Cookie and Everything Cookie. This heartwarming organization offers teens hands-on experience in the various tasks of running a small business (manufacturing, packaging and distribution, strategic planning, budget management, research and development, community relations) to help them develop job skills to enhance their chances for future success.  The Howell Mountain Cookie Company is just one of the projects of the Napa Valley Youth Advocacy Center, a youth advocacy and support resource offering projects and services for youths and their families throughout the Napa Valley.

After the walk-around wine tasting, Greg Quiroga entertainingly facilitated the Live Auction part of the Taste of Howell Mountain Wine Tasting and Auction.  A few of the 25 Auction items that day were:

The Taste of Howell Mountain event is presented by Howell Mountain Vintners and Growers Association, promoting the wonderful wines made from grapes grown just “Above the Fog.” Next year’s event will be on June 18, 2016 and that will be the 21st annual TOHM (which we guess makes it finally legal?). If you would like to get onto a mailing list for notification about the Association’s events please follow the above link to their website.