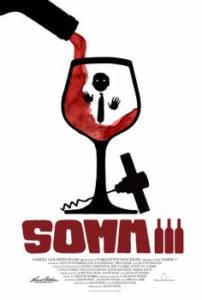 Beginning Friday, October 19, the Cameo Cinema in St. Helena has exclusive theatrical pre-release rights for special SOMM 3 screenings.  This is the highly anticipated third of a series of documentary films about sommeliers and the wine business. After each showing, you’ll be able to participate in a Q&A session with the film’s Producer and Director, possibly accompanied by a sommelier featured in one of the SOMM movies. Certain showings will also feature wines from producers such as the Boisset Collection, Chappellet or Pine Ridge Vineyards.

It’s highly recommended to buy online tickets in advance before the showings sell out. You’ll have your choice of up to three shows daily, at 2:00 pm, 5:00 pm and 7:45 pm, from October 19 through October 25. Ticket prices are $20 each and that includes a wine reception before the showing. Producer & Director Jason Wise will attend each screening, speaking briefly to the audience before the film starts and then conducting a Q&A session afterwards. 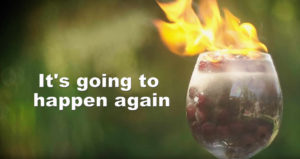 This is Jason Wise’s third film in the series and follows SOMM and SOMM 2: Behind the Bottle. During this 80-minute film, three legends in the world of wine (Fred Dame, Steven Spurrier and Jancis Robinson) meet in Paris to drink the rarest bottles of their careers while waiting for results of a tasting in New York. What’s happening in New York? Seven of the best blind tasters in the world gather to settle an age-old argument in wine: Can the world’s finest Pinot Noirs stand up to the great Burgundies of France?

To complement the special SOMM 3 screenings, wineries will be pouring a curated selection of wines for moviegoers to enjoy during the film: 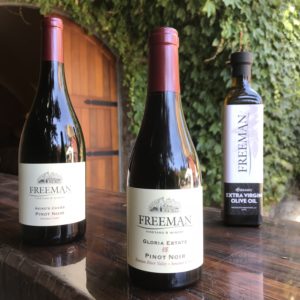 Brasswood, PRESS and Davis Estates will also be conducting private screenings of the movie.

The Cameo Cinema is located at 1340 Main Street in St. Helena and its story began over 100 years ago. On May 15, 1913 the G&G Theatre opened its doors featuring silent movies and performances, quickly becoming the cultural center of this small agricultural community, rivaled only by the local churches. The theatre changed hands and names several times over the next few decades. In 1996, Charlotte Wagner assumed the lease and performed a serious upgrade to the facilities and equipment, renaming the theatre, the Cameo Cinema.

Cathy Buck assumed the lease in 2008 and in 2009, in partnership with Nimbus Arts, Cathy was able to install digital sound and projection equipment. To celebrate the Cameo’s 100th birthday, she launched a Capital Campaign to upgrade the interior and a grant from Dolby allowed her to upgrade to the new Dolby Atmos sound system. In 2018, anonymous donors gifted a state-of-the-art Barco Cinema Laser projector for the theater, as a donation to Friends of the Cameo. Always a cinema pioneer, the Cameo is the only single screen theater in the United States to have a Barco 6K laser projector and Dolby Atmos Sound.

Today, the Cameo remains a valuable resource that is more than just a local business – it’s a community treasure that educates, inspires, and entertains. 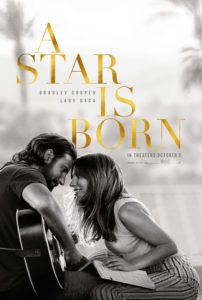 Other movies at the Cameo Cinema this month, in addition to the special SOMM 3 screenings, include Tea with the Dames (Dames Maggie Smith, Judi Dench, Eileen Atkins and Joan Plowright in conversation) from 10/5 – 10/11, Love, Gilda (about beloved performer Gilda Radner) from 10/9 – 10/11, and A Star is Born (starring Lady Gaga and director/actor Bradley Cooper) from 10/26 – 11/1. To learn more about the Cameo and its film schedule, please go here.

If you can’t wait for the theatrical release, but won’t be in Napa Valley during the film’s run at the Cameo, don’t worry.  You can find a full list of SOMM 3 screenings by following this link here.