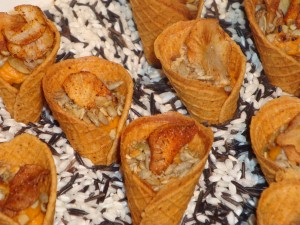 Moroccan Spiced Waffle Cones, one of the Food Pairings at the 2013 bASH

Well, they did it again.  Last Saturday night, Appellation St. Helena presented bASH, a competition for pairing food and wine held at the Culinary Institute of America at Greystone featuring wines from this Napa Valley appellation.  This was the second year for bASH and we found significantly more white wines being poured this time as well as more food pairings with white wines, a development we heartily endorse.

What made the evening so terrific? First of all, the spectrum of wines. Napa Valley may be Cabernet Sauvignon country but the Appellation St. Helena wineries were also pouring Riesling, Sauvignon Blanc, Sangiovese, Merlot, Cabernet Franc, Petit Verdot, Petite Sirah, and Zinfandel.  In fact, one table even had a Sparkling Wine as an option. 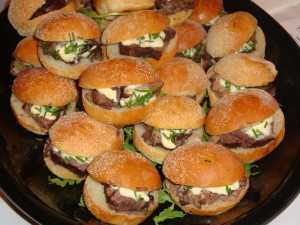 The second major attraction at bASH  was the variety of delicious and well-executed food offered alongside the wines.  It was clear that a lot of thought (and effort) had gone into the chefs’ creations.  The small plates used Sliders, Tostadas, Cones, Crostatas, Ravioli, Croquettes, Lettuce Wraps, and even Breadsticks as delivery methods for tasty dishes based on Beef, Pork, Lamb, Duck, and a variety of Vegetables.

So what did we like?   A lot.  The wines were outstanding, many of the dishes made us want seconds, and multiple times we were excited to find highly effective and interesting pairings of food ingredients and spices with the flavor components of the wines they were paired with.   Which was, after all, the whole point of the evening. 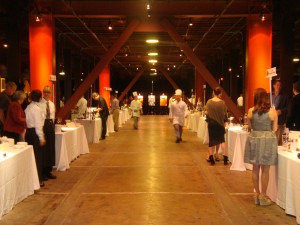 Barrel Room at the CIA, Just Before the Start of bASH

Keep reading, and we’ll tell you what our favorite food and wines were at the 2013 bASH.  Some of the food offerings came from local restaurants and caterers, and other dishes were developed and prepared by student teams from the CIA’s Culinary Program.

There were 28 Food and Wine Pairings offered at bASH this year and we’ve listed below our personal favorites.  In each case, we were impressed three ways: the wine itself, the food alone, and how well the elements of the food offering complimented the flavor nuances of the wine. 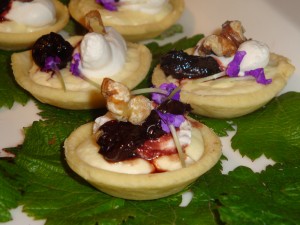 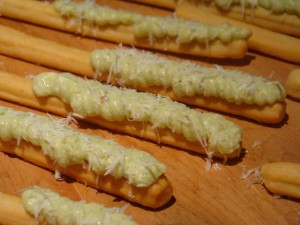 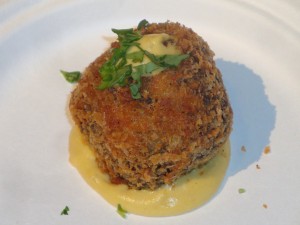 In addition to the dishes included in the pairings above, we particularly enjoyed these other small plates during the bASH event as well: 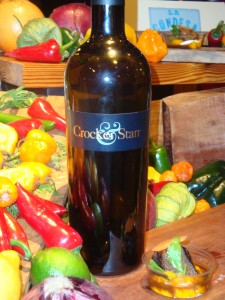 If you are looking for excellent wines from the St. Helena Appellation in Napa Valley, we found several at bASH and highly recommend you seek these out in stores, at a restaurant, or from the winery itself. Please follow the links below to the wineries’ websites to learn more about wine availability and whether or not the winery has a tasting room open to the public.  The list below includes the wines mentioned in the Favorite Pairings section above as well as 10 additional ones: 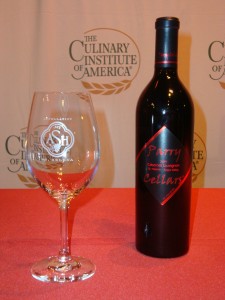 For the second year in a row, we had a great time at Appellation St. Helena’s bASH. It was a pleasant way to try wines from the appellation all conveniently gathered into one location, and savor thoughtfully composed and prepared food items.  Unfortunately, for the second year in a row, our personal favorite of the CIA teams didn’t ultimately win the Food and Wine Pairing Competition (sorry Mr. Moosman and Ms. Torgerson…we had our fingers crossed).

Appellation St. Helena is a non-profit organization of over 50 winery and grape grower members who actively promote their wines and the local community through charity events, wine tastings, and community involvement.  If you are interested in learning more about the organization and its activities, or to be one of the first to hear about next year’s food and wine competition, we encourage you to go here to get onto ASH’s mailing list.