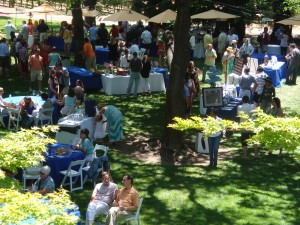 Do you want to just indulge in Cabernet Sauvignon? Well, we’ve got over a dozen suggestions below on where you can go to attend Cabernet Sauvignon Wine Tastings and Festivals in 2014.  They may not all be exclusive to Cabernet Sauvignon, but that varietal is at least the predominant focus of the events below.

With destinations including Los Angeles, Napa Valley, Seattle, Paso Robles, and the Santa Cruz Mountains, these events and celebrations could be the basis for incredibly fun travel plans.   So keep reading, grab your calendar, and see how many of these you can fit into your own personal travel plans for 2014.

If you are a fan of Pinot Noir, you can also go here and review our list of Pinot Noir-centric events in 2014 so you can coordinate your trips for the year.  Or, if you are in the mood for Petite Sirah, go here to read about a Petite Sirah-based food and wine event coming to the San Francisco East Bay in a few weeks. 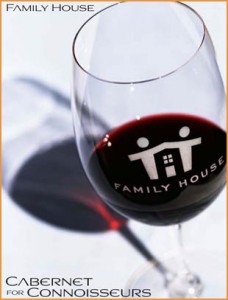 Family House has provided free, temporary housing for families of children being treated for serious illnesses since 1981.  This year marks their 19th Annual Cabernet for Connoisseurs, a popular fundraiser involving a Cabernet Sauvignon Tasting, Dinner, and Auction.  Items up for bidding this year include premium wines, luncheons, NFL tickets, weekend retreats, an Italian Villa stay package, and even a Potluck featuring gourmet chefs such as Michael Tusk from Quince, Dominique Crenn from Atelier Crenn, Michael Sandoval from Bouchon,  Stuart Brioza from State Bird Provisions and Ken Frank from La Toque.

The Wine Tasting and Silent Auction starts at 5 pm, with the Dinner and Live Auction following at 7:30 pm at the St. Regis Hotel.  Some of the wineries pouring that evening will be Alpha Omega, Behrens Family Winery, Corison Winery, Darioush, Judd’s Hill, Pahlmeyer, Pride Mountain Vineyards, Shafer Vineyards, von Strasser Winery, and William Cole Vineyards.  This year’s event was sold out in one week, but returns in February 2015.  In the meantime, everyone is welcome to support this great cause by participating in the Auction through proxy bids.  The Auction Catalog and Proxy Bid Forms can be found here.

Napa Valley’s legendary Cabernet Sauvignons finally have their own festival: CabFestNV.  This inaugural celebration will appeal to both the expert and the novice in a weekend laced with wine, music, food and fun.  The entertainment begins with Jeff Bridges & The Abiders performing country-rock music at the Festival Kickoff Concert on February 28, followed by a VIP-exclusive “Cigars & Guitars” post-concert party.  The rest of the weekend includes keynote presentations by Karen MacNeil, educational seminars by The Culinary Institute of America, informative panel sessions, and exceptional food by Chef Cindy Pawlcyn.  The center of the fun is the Napa Valley Performing Arts Center at Lincoln Theater with proceeds helping to fund the Center’s Educational, Cultural and Community Programming. 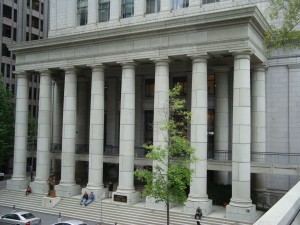 The world-class wines of Howell Mountain travel to San Francisco for a Spring Wine Tasting to commemorate bud break, with a significant portion of the offerings being Cabernet Sauvignon.  Taste the pinnacle of mountain wines between 5 and 7 pm on Wednesday, March 19 at the beautiful and historic Bently Reserve in downtown San Francisco.  Admission includes Howell Mountain wines and food pairings from Winery Chefs with assorted artisan cheeses, charcuterie, seasonal fruit, nuts, olives and breads.  This event comes from the Howell Mountain Vintners & Growers Association, promoting the wonderful wines made from grapes grown just “above the fog.”

San Francisco hosts the wines from Mount Veeder at a Spring Wine Tasting with plenty of Cabernet Sauvignons to try.  Enjoy pours from wineries who are part of the Mount Veeder Appellation Council between 5 and 7 pm on Wednesday, April 16 at the Presidio Golden Gate Club in northwestern San Francisco.  Admission includes Mount Veeder wines and food pairings from Winery Chefs with assorted artisan cheeses, charcuterie, seasonal fruit, nuts and breads.

This 3-day Vineyard to Vintner Celebration offers intimate opportunities to taste the appellation’s world-class Cabernet Sauvignons while mingling with the winery owners and vintners.  Events include dinners, open houses (many at wineries that are not usually open to the public), and a panel discussion on what has made this region so distinctive over the past 25 years. On Friday night, winery owners and vintners are selecting their most cherished library wines for intimate dining experiences hosted at four different wineries:  Baldacci Family Vineyards, Chimney Rock Winery, Clos Du Val,  and Pine Ridge Vineyards.  A Grand Finale Brunch on Sunday at Silverado Vineyards (with food prepared by the Michelin-started Meadowood Resort) features a sneak preview of the District’s upcoming Appellation Collection of 17 world-class Cabernet Sauvignons (to be released Fall 2014).

The CABs of Distinction festival in the Paso Robles area starts with activities for sommeliers, media and trade members before leading into two days of events aimed at consumers.   This event is presented by the Paso Robles CAB Collective (PRCC) following the success of the inaugural festival last year developed to celebrate and promote Cabernet Sauvignon and red Bordeaux wines produced in Paso Robles, California.  On April 25, PRCC members will be hosting various events throughout the day and some will host Winemaker Dinners that evening. 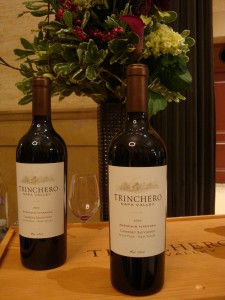 Trinchero Napa Valley at the 2013 Passport to Cabernet

Cabernet Sauvignons from all over California gather under one roof at the Bently Reserve for the 2014 Passport to Cabernet from the California Cabernet Society.   Each Spring, the Society holds a major tasting in Northern California showcasing barrel samples from the most recent vintage where attendees can taste and evaluate the promise and excitement of the newest harvest.

The annual Taste of Howell Mountain Wine Tasting and Auction is a lot of fun and will be held again this year at the Charles Krug Winery on Saturday, June 14th, from 12:00 to 5:00 pm.  Attendees can indulge in the wines of Howell Mountain (largely Cabernet Sauvignon) accompanied by gourmet food and live entertainment.  The live auction portion of the day offers a chance to bid on rare wines, winemaker dinners, tours and tastings, travel, recreation, and resort opportunities. Or, guests can purchase one of 52 playing cards for a chance to win 100 bottles of California Cabernet Society wines valued at over $7,000. 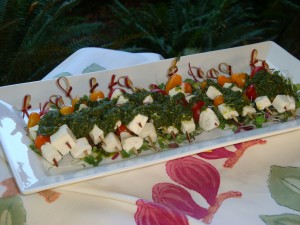 The Mount Veeder Appellation Council usually presents their annual Appellation Wine Tasting at The Hess Collection in September. On the southwestern side of Napa Valley, Mount Veeder is an appellation where richly intense, age-worthy wines have been produced since the 1860’s.  You shouldn’t miss this opportunity to taste limited production gems from almost 30 wineries (with a significant portion of the wines being Cabernet Sauvignon or Cabernet-based).  Small bite selections will be offered by Hess Collection Executive Chef Chad Hendrickson for attendees to enjoy between sips.

Participants in the Mount Veeder Appellation Wine Tasting include wineries both big and small, with experience all the way up to 40 years in the business. Wineries at the Tasting typically include Fontanella Family Winery, Godspeed Vineyards, The Hess Collection, Mount Veeder Winery, O’Shaughnessy Estate Winery, Robert Craig Winery, Rubissow Wines, Spotted Owl Vineyards, Trinchero Napa Valley, and Y Rousseau Wines. The exact date for the 2014 event has not been announced yet, but mid-September is likely.

The Wine House is a one-stop wine shop in West Los Angeles with a wide selection of fine wines, knowledgeable sales staff, extensive wine tasting classes, and a wine bar.  They are also an approved provider of Wine & Spirit Education Trust (WSET) courses.  Last year, The Wine House held their 30th Cabernet Fest event, a wine tasting and purchasing opportunity for attendees who were able to taste over 75 wines from around the world.

Cabernet Fest usually runs from 2 to 4 in the afternoon, and tickets are limited (although there are also VIP tickets offering early entrance).  Here are some of the wineries that have been included in past events:  Alpha Omega, Buccella, Caymus Vineyards, Chateau Montelena, Clos Du Val, Darioush, Dominus Estate, Far Niente, Joseph Phelps Vineyards, Nickel & Nickel, Ramey Wine Cellars, and Turnbull Wine Cellars. The exact date for the 2014 event has not been announced yet, but October 12 is likely. 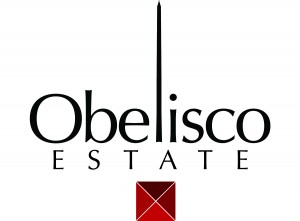 The Cabernet Classic in Seattle is a fundraiser sponsored by Seattle Uncorked with proceeds benefiting different charities each year.  The event (last year was the 5th) features Cabernet Sauvignon and Cabernet based blends served alongside light appetizers and is the perfect way to move into fall.   Some of the participating wineries at the Grand Tasting in 2013 were Basel Cellars, Canoe Ridge Vineyard, Cougar Crest Estate Winery, DeLille Cellars, Hedges Family Estate, Matthews Winery, Obelisco Estate, Tenor Wines, Two Mountain Winery, and Wilridge Winery.

In addition to the Grand Tasting, the special evening begins for some at a VIP Reception featuring selected wineries.  In 2013 these wineries included Woodward Canyon, Pepper Bridge Winery, Force Majeure, Ambassador Wines of Washington, and Gamache Vintners. The exact date for the 2014 event has not been announced yet, but late October or early November is likely.

Ian Blackburn founded Learn About Wine in 1995, a wine education and event website which serves as the source for quality trade and consumer events in Southern California.  Taking place at The Peninsula Beverly Hills, the annual Stars of Cabernet is a showcase for both well-known and new top-quality brands, and part of the event proceeds benefit a selected charity.  The evening also offers a special VIP experience which includes early entrance and special appetizers.

Cabernet lovers can sip, sample and enjoy new releases and hard to find library wines from twenty of the most distinguished Cabernet producers from the Santa Cruz Mountains at Premier Cruz, a delightful evening event.  Guests can also bid on exclusive auction lot library wines, magnums, private winemaker tours and new releases at a silent auction.  In 2013, the event was held at the The Mountain Winery alongside a wonderful menu from the winery’s Executive Chef David Sidoti.

Vintners in the Santa Cruz Mountains have been producing exceptional Cabernet Sauvignons since the mid-1800’s. Sponsored by the Santa Cruz Mountains Winegrowers Association, this event should include wineries such as Black Ridge Vineyards, Clos Tita Winery, Fernwood Cellars, House Family Vineyards, Kathryn Kennedy Winery, Mount Eden Vineyards, Ridge Vineyards and Thomas Fogarty Winery.  The exact date for the 2014 event has not been announced yet, but November 14 is likely.

We hope you find this list of Cabernet Sauvignon Wine Tasting Events helpful in planning your travels for 2014.