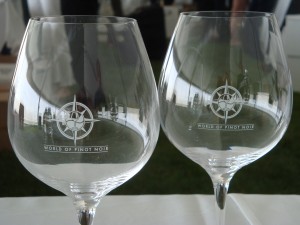 California is facing its worst drought situation in decades and winegrowers and wine lovers alike welcome any rain that comes our way.  That graciousness was tested a little when the 2014 World of Pinot Noir took place last weekend at the same time a rainstorm in Southern California delivered about 5” in rainfall.  So, the “Grand Tastings By The Sea” morphed into “Grand Tastings in Bacara’s Hotel Ballroom,” and with over 200 wineries present there were abundant quantities of premium wines available for adaptable and only slightly damp attendees. 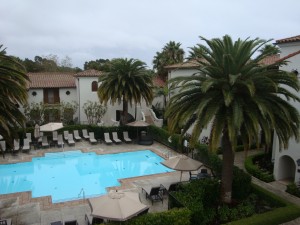 Bacara Resort & Spa, site of the 2014 World of Pinot Noir

Each year at this event, we have the opportunity to taste the latest wines from old favorites (Alma Rosa, Freeman, Merry Edwards, Robert Sinskey and Soter) as we seek out new discoveries (at least, to us).  Our new favorites  from this year’s WOPN include Abiouness, Patton Valley, Trombetta and Wren Hop.  Keep reading and we’ll tell you all of our favorite wines (and food bites) at the 2014 World of Pinot Noir.

By the way, if you’re looking for opportunities to revel in this varietal yourself, please go here to see our list of Pinot Noir-centric events in 2014 across the United States which could give you that last push to make travel plans to Los Angeles, Chicago, Sonoma County, or the Willamette Valley this year.

Favorite Wines at the 2014 World of Pinot Noir

We had a lot of favorite wines at the World of Pinot Noir, but that’s to be expected when you have access to over 200 premium wineries at a premium wine event which draws participants and attendees from around the world.  We suggest you visit these wineries and/or look for these wines in your local wine stores, restaurants or online.  To make it easier, we’ve broken down our recommendations by geography (based on winery location).

These were our favorite Pinot Noirs from wineries in Southern and Central California based on how they were tasting at the 2014 WOPN: 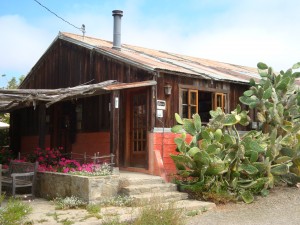 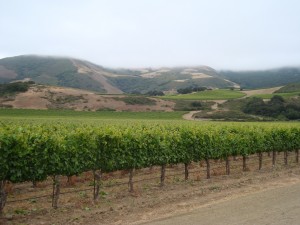 The Vineyards at Sanford Winery

From Northern California wineries, these were our favorite Pinot Noirs: 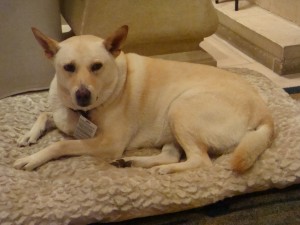 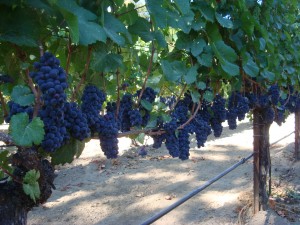 Grapes at Masut Vineyard and Winery 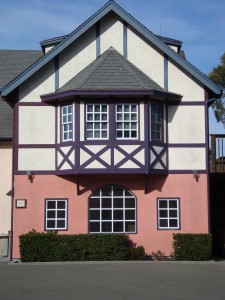 We are very big fans of the Willamette Valley, and will be adding recommendations for this area to our website soon.   In the meantime, these were our favorite Oregon Pinot Noirs at the 2014 World of Pinot Noir: 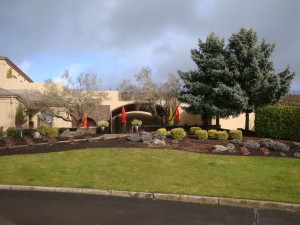 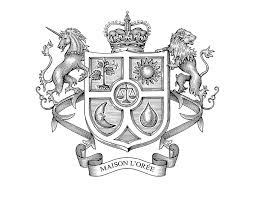 Food Highlights from the 2014 World of Pinot Noir 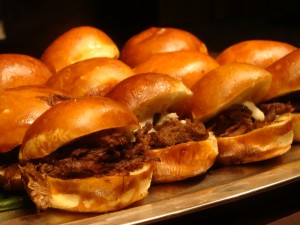 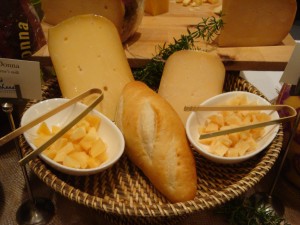 The WOPN Grand Tastings also included a food purveyor specializing in cheese.   Founded ten years ago, C’est Cheese in Santa Barbara has grown into a gourmet food store and lunch cafe offering over 120 cheeses, 2 dozen fine cured meats, and an array of artisan food products.   This year, we talked with several of their friendly and knowledgeable staff as they offered samples such as Brie Fermier, Prima Donna, Campo de Montalban, Fourme d’Ambert and Pecorino Maturo.

As usual, the 2014 World of Pinot Noir event was a delightful opportunity to taste some of the best Pinot Noir wines available in the world and we’ve already marked our calendars for the first weekend of March 2015.

The World of Pinot Noir is a non-profit organization whose mission is to further the knowledge and breadth of Pinot Noir through educational seminars and tastings.  You really should go to their website to join their mailing list so you will receive details about next year’s event as they unfold.