Come celebrate Spring by treating yourself to wine, food and a film festival in the heart of Northern California’s Wine Country.  Now in its 17th year, the Sonoma International Film Festival (SIFF) takes place April 2-6, 2014 and will feature over 100 hand-selected films including independent features, documentaries, world cinema, shorts and a showcase of Spanish language films.  You’ll find everything on the schedule here: comedy, tragedy, drama, and even an animated macaw bird last seen in Brazil.

Some of the highlights at this year’s SIFF are the opening night film Dom Hemingway (a notorious safe-cracker is back on the streets of London after 12 years in prison and tries to reconnect with his daughter), closing night film Belle (a mixed-race daughter of a British Naval officer and an African woman is taken to England to be raised as an aristocratic lady), the animated sequel Rio 2 (featuring the return of Blu and Jewel), and recent Academy Award® Winner for Best Foreign Language Film, La Grande Bellezza (The Great Beauty) (after a man’s 65th birthday, he looks past the nightclubs and parties in Rome to find a timeless landscape of exquisite beauty).

This 5-day festival offers unforgettable cinema, world-class cuisine from local artisans and exceptional wine from local vintners in downtown Sonoma.  The SIFF’s films are shown at intimate venues all within walking distance of Sonoma’s historic plaza and attendees from San Francisco can even take advantage of a free shuttle during the weekend.

Keep reading and we’ll tell you more about the films, parties, and passes at the 2014 Sonoma International Film Festival.

You can find the complete schedule of films here but this is a sampling of what you can find at this year’s Sonoma International Film Festival: 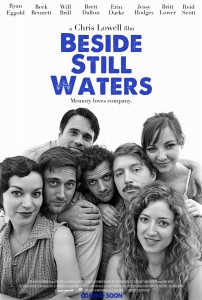 Along the Roadside  – A road-trip comedy about two young people from vastly different cultures and their journey of self-discovery during a drive to the largest music festival in California (Best Picture, 2013 IFS Film Festival)

Brahmin Bulls – A heartfelt and humorous exploration of the ever-evolving relationship between a father and son, the women in their lives, and the powerful secrets they keep.

City Slacker – A high-flying executive finds out the eggs she had frozen in her youthful prime have been accidentally defrosted, so she embarks on a frantic search for a slacker willing to have a baby together and then stay home to take care of it. 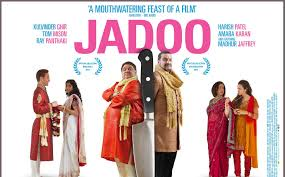 Jadoo – Two brothers fall out so badly that they rip the family recipe book in half and set up rival restaurants across the road from each other until 20 years later, a daughter is determined to have them jointly cook her wedding banquet.

Tasting Menu – A couple makes a reservation for the best restaurant in the world a year in advance, but by the time that day arrives they are now separated, it is the last night the restaurant will ever be open, and neither of them is willing to miss out on the culinary event. 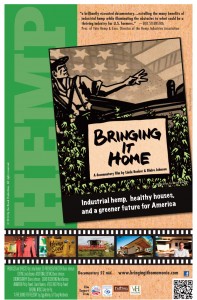 Bringing it Home – a touching narrative extolling the many benefits of industrial hemp while illuminating the obstacles to what could be a thriving industry for US farmers to tap into.  (Director’s Choice, Best Environmental Film, 2013 Sedona International Film Festival)

Going Attractions – The story of the drive-in movie theater, examining why in a culture that loves both cars and movies the drive-ins that once dotted the nation have shrunk to less than 400 in number.

The Starfish Throwers – A poignant and heartwarming exploration of how three of the world’s most fiercely compassionate individuals fight hunger and struggle to restore hope to the hopeless in unexpected and sometimes dangerous ways.

Take Me To The River – Multiple generations of award-winning Memphis and Mississippi Delta musicians are followed through the creative process of recording a historic new album, to re-imagine the utopia of racial, gender and generational collaboration of Memphis in its heyday. (Audience Award, 24 Beats Per Second Award, 2014 SXSW Film Festival) 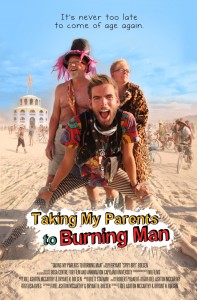 Taking My Parents to Burning Man – A son takes his parents away from their day-to-day office jobs and into the adventure of a lifetime when he brings them to Burning Man, a controversial arts festival in the Nevada desert.

There will be a special documentary film and live Blues show at the Veterans Memorial Hall on Friday, April 4.  Born in Chicago chronicles the story of a group of white teenage Chicago musicians who traveled to the City’s southside music clubs in the 1960’s to learn the blues from the original masters.

The film will be followed by a Q&A session with a number of the film’s principal musical players. Thereafter, Chicago Blues Reunion (featuring Barry Goldberg, Nick Gravenites, Harvey Mandel, Rick Reed and Gary Mallaber) will perform a concert in the hall.  Tickets are $55 for the Film and Concert, or $100 for a Reserved Film Seat, Concert, and entrance to a Meet-and-Greet with the band following the concert.

On Saturday morning, April 5, the SIFF presents the charming short Le Sauvetage (The Rescue).  In this movie (in French w/English subtitles) 2 stray dogs decide to settle down and rescue a human.  Then, after realizing how much work it is to keep a human entertained, they decide to rescue a second one.  The film features the talented Olate Dogs (winners of Season 7 of “America’s Got Talent”) who will be performing live.

Recommended for ages 6 and up, admission is Free for children and $10 for parents to the SIFF Children’s Program which runs between 9 and 11 am at the Sebastiani Theatre.

Celebrating the contributions, values and culture of the Latino community, SIFF presents Vamos Al Cine, a special “cocktail of Latino cinema” with films such as:

The 2014 Sonoma International Film Festival includes LGBT films such as:

Whether you want to focus on the films, the parties, or a combination of the two, you’re sure to find a Sonoma International Film Festival pass that is right for you.  Your options (for sale here) include:

SIFF – The Music and the Parties

During the day, the Sonoma International Film Festival will showcase performers at “Music in the Backlot” such as Sean Carscadden, Chi McClean, and Dan Martin.  At night, the SIFF celebrates with parties featuring world-class food and wine from local producers.   Party tickets can be purchased separately online or at the box office (and Cinema Soiree Passholders can buy tickets at reduced prices).   Come join in the fun each night at the Backlot Tent in the historic Sonoma Plaza:

Dance, drink, eat and mingle in a down-home celebration at Thursday’s Vintners Growers & Groovers party featuring wines by Chateau St. Jean, cocktails by Angel’s Envy Bourbon, music by the John Brothers Band and catering by the girl & the fig.  Tickets are $20 and can be purchased here.

Dance, drink & eat in true Cowboy style on Saturday night. The event will feature wine from Stein Family Wines & drinks from Prohibition Spirits alongside nibbles from Smoke Open Fire Grill.  Tickets are $30 and can be purchased here.

Celebrate the end of the SIFF as the Jury and Audience awards are given out.  Tickets are $10.

Film festival fans traveling from San Francisco can hop into a FREE comfortable shuttle on Saturday, April 5, and Sunday, April 6 compliments of Bauer’s Intelligent Transportation. You can enjoy everything the Sonoma International Film Festival has to offer without the hassle of driving (as long as you reserve your seat in advance). 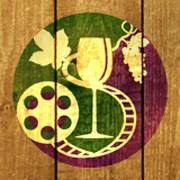 The Sonoma International Film Festival (SIFF) is presented by the Sonoma Film Society, a non-profit organization that supports and promotes independent films, celebrates the cultural diversity in the Sonoma Valley through film, and funds visual arts in education.  Memberships are offered at different levels, all including the highest level Pass for the Film Festival.  For more information and to become a Patron, please go here.

While you’re in the Sonoma region, if you are looking for suggestions on wineries and/or restaurants to visit in between films, please see our recommendations by clicking on “Favorites By Wine Region” on the menu bar above, and following the drop-down menus to the area(s) you are interested in.