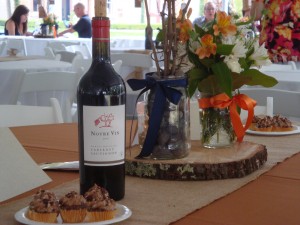 A few weeks ago, we celebrated the 30th anniversary of the Howell Mountain AVA in Napa County by attending the annual Taste of Howell Mountain Wine Tasting and Auction at Charles Krug Winery. We had a great time enjoying the wine and food, and looking around it seemed like we weren’t the only ones having a wonderful time. 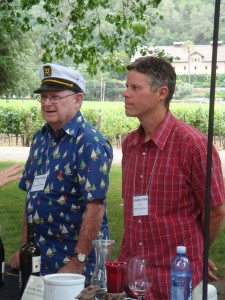 This is one of our favorite events in Napa County, and we encourage you to consider attending yourself next year (if that wasn’t already in your plans).   At the start of the afternoon 35 wineries offered us the chance to try their latest releases (with a few of them also sharing some library wines) as a silent auction tempted us with a variety of opportunities.  Later on, a fun and festive live auction provided more chances to try wines and help support the Howell Mountain Education Foundation (a non-profit organization receiving part of the day’s proceeds).

If you are looking for wines that best represent the Howell Mountain AVA right now, please see our recommendations based on what we enjoyed the most at the 2014 Taste of Howell Mountain: 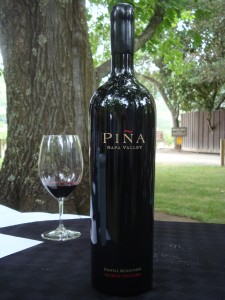 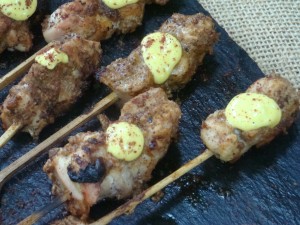 We are fans of Winery Chefs and their food offerings at the 2014 Taste of Howell Mountain were outstanding as usual.   We particularly enjoyed their “Masters” Sandwich (Sourdough Griddled Sandwich with Pimento Cheese, Crispy Bacon and Pickled Jalapeños) and the multiple Grilled Skewers (Marinated Skirt Steak with Salsa Verde, Tandori Chicken with Green Curry Aioli, Sake and Soy Marinated Portabella Mushrooms, and Spanish Pork with Chorizo and Lemon). 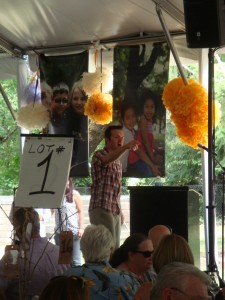 After the walk-around wine tasting, Greg Quiroga entertainingly guided the “Auction” part of the Taste of Howell Mountain Wine Tasting and Auction.   Some of the 25 Live Auction items that day were:

The Taste of Howell Mountain event is presented by Howell Mountain Vintners and Growers Association, promoting the wonderful wines made from grapes grown just “above the fog.” June 20, 2015 will be the 20th annual TOHM and we’ve already marked our calendars.   If you’d like to get onto a mailing list for notification about the Association’s events just follow the above link to their website.