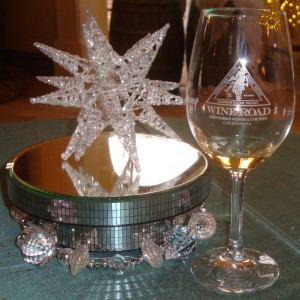 Earlier this month we had the pleasure of attending the Wine Road’s celebration to kick off 2015, the two-day Winter WINEland wine and food event covering the Dry Creek, Russian River, and Alexander Valleys in Sonoma County.   We didn’t make it to all of the participating wineries (please – there were 140 of them) but we were impressed by many wines at the places we did make it to. 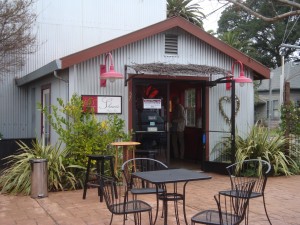 So, if you are heading to a wine store, a restaurant, or planning a wine tasting trip to northern Sonoma County, these are the wines (and wineries) we strongly suggest you check out. We were lucky in our travels because we were able to taste two of the wines listed in the Top 100 Wines of 2014 of the West Coast, assembled by Jon Bonné, San Francisco Chronicle’s Wine Editor: the 2012 Stuhlmuller Vineyards Estate Chardonnay and the 2012 Skewis Wines Lingenfelder Vineyard Pinot Noir.

On January 17 and 18 we found plenty of white wines to recommend and a whole lot of red wines as well at Winter WINEland. However, we hit the jackpot at several wineries where not only did we enjoy the wines, but we found delicious food paired with the wines accompanied by charming hospitality.   These were our favorite combination experiences that weekend:

ACORN Winery – We usually enjoy Acorn’s red wines and at this event our favorite samples were the 2011 Axiom Syrah and the 2012 Heritage Zinfandel. To go with these, Rosso was serving a tasty combination of Polenta topped with Portabello Mushrooms and Point Reyes Blue Cheese.

Colagrossi Wines – We found a trifecta of wines to recommend here: a white wine, a rosé, and a red. We were impressed by the 2013 L’inizio (Grenache Blanc, Viognier, and Roussanne), a 2014 Rosé of Pinot Noir, and a 2012 Cabernet Sauvignon (with grapes from Coombsville). Keeping us warm while we tasted at Colagrossi’s newly opened tasting room in Windsor was some awesome Minestrone from Diavola Pizzeria in Geyserville.

Hawley Winery – We’ve been major fans of John Hawley’s wines (and Dana Hawley’s art) for well over a decade, and this time we reaffirmed our fondness for their Viognier (now on the 2013 vintage) and their Ponzo Vineyard Zinfandel (currently the 2012). Sadly, their Merlot wasn’t available for release (or tasting) yet. While we were here, we heartily enjoyed a Crostini with Smoked Trout Rillette and Radish Salad from Fogbelt Brewing Company Brewery & Kitchen. 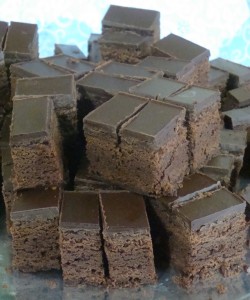 Martorana Family Winery – We continue to love the Merlot and Cabernet Sauvignon here, including (this time) the 2010 Merlot and the 2009 and 2008 Cabernet Sauvignons. While we’ve frequently enjoyed a savory food pairing at Martorana, during this event they offered a sweet pairing with Brownies from Costeaux French Bakery. Unfortunately, we need to wait until Spring to be able to buy some more of their Olio di Gio Extra Virgin Olive Oil, a Spanish-style olive oil made with Manzanillo, Leccino, Nebiollo, Arbequina, Frontoio and Mission olives.

In addition to the ones mentioned above, these are the wines we found particularly noteworthy during the 2015 Winter WINEland:

Wine Road, an association of wineries and lodgings in the Alexander, Dry Creek, and Russian River Valleys, presents three events each year: Winter WINEland in January; Barrel Tasting in March; and A Wine & Food Affair in November. You can read more about the events, play with interactive maps of the region, and/or learn about local lodging options here to help you better plan your next trip to the region. 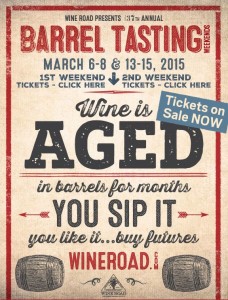 If you’d like to plan a trip now, over 100 wineries will participate in the Wine Road Barrel Tasting event on the weekends of March 6-8 and March 13-15, 2015 where many wineries will also sell “futures” of their barrel samples: a chance to buy the wine now (usually at a discount) and then receive the wine later after it has been bottled. You can find more details about this all-about-the-wine event by going here.