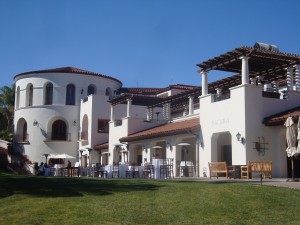 We had a wonderful time at the 15th annual World of Pinot Noir (WOPN) earlier this month, enjoying copious amounts of high quality Pinot Noirs enhanced by delicious food and classic Southern California weather. Pinot Noir producers and lovers from around the world converged at the beautiful Bacara Resort & Spa for the weekend’s stellar lineup of seminars, tasting sessions, luncheons and winemaker dinners in Santa Barbara.

For us, the highlight is always attending the “Pinot Noir by the Sea” Grand Tastings showcasing over 200 wineries from around the world. Each year, we have the opportunity to taste the latest wines from old friends (Alma Rosa, Freeman, Merry Edwards, LIOCO and Soter) as we seek out new discoveries (at least, to us).  Our new favorites at this year’s WOPN included Aberrant Cellars, Carmel Road Winery, Deovlet Wines and Stolo Family Vineyards.

It’s also fun when wine tasting events help you recognize an attraction to wines made from grapes grown in the same vineyard but crafted by different wineries. We are definitely fans of the grapevines in Bien Nacido Vineyard, Brown Ranch Vineyard, Gap’s Crown Vineyard, Garys’ Vineyard and John Sebastiano Vineyard.   Keep reading and we’ll tell you our favorite wines (and food bites) at this year’s World of Pinot Noir in case you are interested in finding some new favorite Pinot Noir wines for yourself.


Favorite Wines at the 2015 World of Pinot Noir 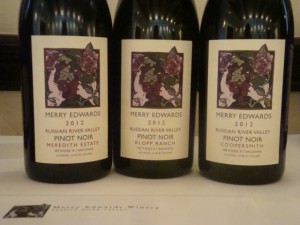 We tasted many phenomenal Pinot Noirs at the World of Pinot Noir, but that’s to be expected when you are served by over 200 premium wineries from around the world.  We encourage you to consider visiting these wineries and/or to look for these wines in your local wine stores, restaurants or online.  To make it easier, we’ve broken down our recommendations by geography (based on winery location).

These were our favorite wines from wineries in Southern California based on how they tasted at the 2015 World of Pinot Noir:

Of the wineries based in Central California, these were our favorite wines at the 2015 WOPN: 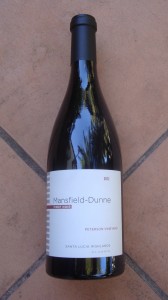 From Northern California wineries, these were the wines we enjoyed the most: 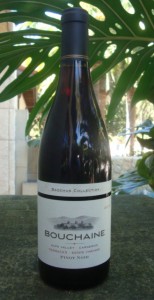 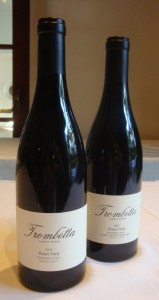 From even farther north, these were our favorite Oregon wines at the 2015 World of Pinot Noir: 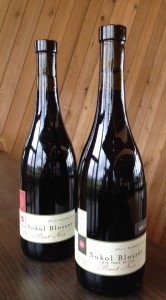 Food Highlights from the 2015 World of Pinot Noir

While wines were definitely the focus at the World of Pinot Noir Grand Tastings, we don’t want to neglect to mention the food. Attendees enjoyed plentiful small bites from the host hotel, Bacara Resort & Spa, and we don’t think we’ve ever seen that much food replenished that quickly and that often

Although there were tables full of choices, and the selection varied by day, our overall favorites from the kitchen were: 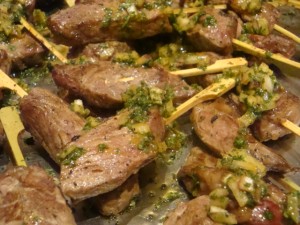 The WOPN Grand Tasting purveyors also included the delightful C’est Cheese. Over its decade of serving customers in downtown Santa Barbara, this quaint storefront has grown into a gourmet food store and lunch cafe offering over 120 cheeses, 2 dozen fine cured meats, and an array of artisan food products.   This year, we talked with several of their friendly and knowledgeable staff as they offered samples such as Garrotxa, Campo de Montalban, Ewephoria, Prima Donna, Pecorino Toscano, Camembert, Tomme Crayeuse and Fourme d’Ambert. 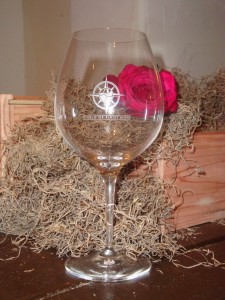 If you weren’t aware, the World of Pinot Noir is a non-profit organization whose mission is to further the knowledge and breadth of Pinot Noir through educational seminars and tastings.  As usual, our gratitude goes out to WOPN’s Board of Directors, Advisory Panel, Event Coordinator, and volunteers for providing such an enjoyable experience. You really should go to their website to join their mailing list so you will receive details about next year’s event as they unfold.

Personally, we’ve already marked our calendars for the first weekend of March 2016.