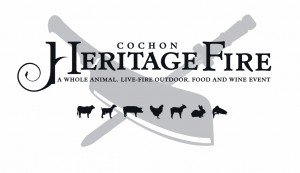 Grab your forks because Heritage Fire by Cochon, a whole animal live-fire, outdoor food and wine event returns to Charles Krug Winery (2800 Main Street, St. Helena) on Sunday, August 2, 2015 between 3pm and 7 pm. If you move quickly, you can still purchase tickets for this massive collection of culinary experts cooking for a crowd of meat and wine enthusiasts (including you). 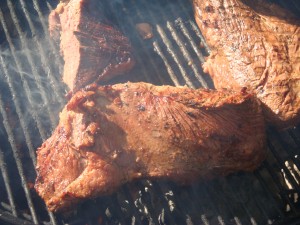 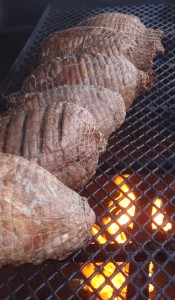 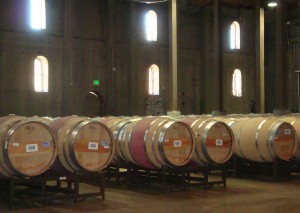 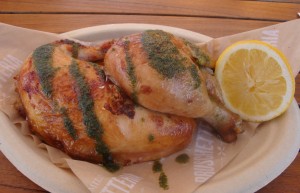 Since the event is coming up soon, you should go here quickly to purchase your tickets.  General Admission tickets (entrance at 4 pm) are $100 per person and include over 50 dishes prepared from the entirety of heritage breed animals (from nose to tail) roasted over open fires, paired with premium wines, brews and spirits.  VIP tickets are $160 per person and give you early entrance (at 3 pm), a chance to meet and chat with notable chefs, and early access to food, oysters and limited treats specially prepared for the VIPs (as well as access to a magnum wine bar).

Guests purchasing a VIP ticket may also be cordially invited (limited to 45 guests) to attend a Wines of Germany seminar for an in-depth exploration of an amazing region, tasting through an array of German Rieslings; from dry to deliciously fruity before enjoying their fire-kissed meat experience.

The goal of the events produced by the team at Cochon 555 are to promote honest food artisans, celebrate family farms, and create culinary awareness for those hard working people responsibly raising heritage species. Created in 2008 in response to the lack of education around heritage breed pigs, the Cochon US Tour started from a thread of conversations where family farmers struggled to educate chefs, restaurants looked to source exceptional ingredients and consumers sought out responsibly raised proteins.

In 2014, the Tour donated over $100,000 to local charities and spent over $90,000 on heritage breed pigs. A portion of the ticket proceeds from the 2015 Napa Heritage Fire event will benefit St. Helena Farmers Market and the American Institute of Wine & Food. A group of celebrated butchers will host a Pop-Up Butcher Shop where 100% of the proceeds will benefit the students of the Culinary Institute of America at Greystone.