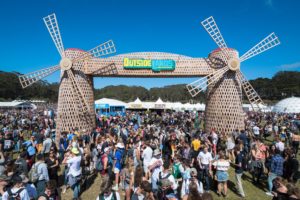 If you’re heading to Outside Lands next weekend in San Francisco, we want to make sure you know all about Wine Lands during the festival. That’s where you’ll find 48 wineries uncorking 125 different wines for your tasting pleasure including Ashes & Diamonds, Joel Gott and Long Meadow Ranch. With most of the wineries coming from Northern California, you’ll find a broad range of sparkling wines, white wines, rosés and red wines. You should also know that if you move quickly, you can also still buy tickets for one, two, or all three days at the August 9-11 Outside Lands festival.

Wine Director Peter Eastlake has been curating the offerings at Wine Lands for 12 years now, since the first Outside Lands. Formerly the Wine Director at Best Cellars Wine & Spirits in New York, and National Wine Buyer for Cost Plus, he is currently the owner of three wine stores in Berkeley (Vintage Berkeley College Avenue, Vintage Berkeley Vine Street and Solano Cellars), Therefore, he has had historical and ongoing exposure to delicious and well-crafted wines. He also knows about trends that are perfectly suited to a music festival so you’ll see beverages by the can from West + Wilder, Hoxie Spritzer, and Bushido Sake during the weekend. 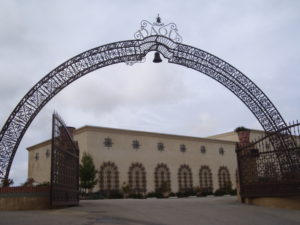 Peter tries to keep the lineup fresh each year combining both new wineries and old favorites. If you’ve been to Wine Lands before, you’ll be interested to know that some of the new wineries pouring in 2019 will be Bonterra, Cellars 33, DAOU Vineyards, Elyse, Furthermore, LVE (Legend Vineyard Exclusive), Mazzocco Sonoma, Navarro and Pennyroyal Farm, No Fine Print, Ram’s Gate and Saison Cellar.

Have you heard about the SEVEN % SOLUTION?  In 2012, Bergamot Wine Co. and a small group of winemakers got together to talk about the fact that only eight grape varieties comprised roughly 93% of grapevine acreage in the Northern California Appellations. Winemakers who are crafting delicious premium wines from the varietals that are grown on the remaining 7% have joined forces for an annual tasting celebrating these less-common varietals.  If you missed the June 2019 event, you can enjoy participating wineries at Wine Lands, including Birichino, Gamling & McDuck, Gros Ventre, Horse & Plow, March Wines and Rootdown.

This year, for the first time at Outside Lands, Peter will also be curating an all-star Wine Lands selection for VIPs, with offerings including Falanghina and Gamay from Arnot-Roberts, Chardonnay and Pinot Noir from Scribe, and Zinfandel and White Zinfandel from Turley Wine Cellars. The VIP bar will include Aperture, CrossBarn, and Lorenza, and offer a daily program of winemakers on hand to talk about their wines.  To see the complete listing of wineries, please go here. 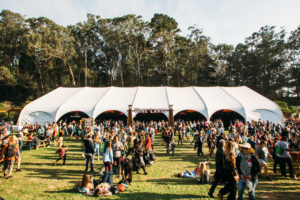 Beyond Wine Lands at Outside Lands

If you want some cheese to go with that wine head on over to Cheese Lands.  That’s where you’ll find Oxbow Cheese & Wine Merchant serving up three Cheese Boards to choose from featuring Burrata, Gouda, Holy Cow, Humboldt Fog, Manchego, Mt. Tam and more. In total, Outside Lands provides seven distinct food and drink experiences for festivalgoers.  In addition to Wine Lands and Cheese Lands, there are also Beer Lands, Cocktail Magic, A Taste of the Bay Area, Outside Clams and GastroMagic.  Keep reading and you’ll learn more about the other five. 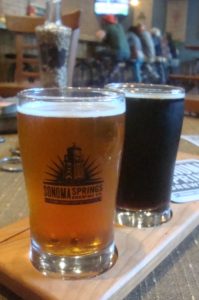 For outstanding beer, head on over to Beer Lands where Official Craft Beer Partner Sierra Nevada Brewing Co. will be pouring Hazy Little Thing IPA (the 2018 Beer of the Year winner from Brewbound), their classic Pale Ale, Outside Lands Saison, and others. Nearby, you’ll also find special edition Outside Lands brews crafted by Local and Sonoma Springs. There will be a total of 30 Northern California breweries to choose from, curated by Dave McLean, Founder of Magnolia Brewing Company and Alembic Bar, and Co-Founder of Admiral Maltings (the source of the Malts used in this year’s special edition brews)

A new brewery this year is Woods Beer Co. and returning ones include 21st Amendment, Almanac, Anchor Brewing, Anderson Valley, East Brother, Faction Brewing, Laughing Monk, Mad River, Old Kan and Sudwerk.  If someone in your group prefers cider, Ace Cider and Strongbow Hard Ciders will be there too. Heineken will also be featured throughout the entire festival grounds. To see the complete listing of breweries, please go here.

For a stellar mixology experience, head over to Cocktail Magic where you can enjoy a dozen beverages incorporating spirits from festival partners such as Ketel One Vodka, Bulleit Bourbon, Don Julio Tequila and Hendrick’s Gin.  Cocktails will include:

In addition to the Bay Area bars listed above, you’ll also find The Snug and The Treasury ready to mix up something special for you.

Food Fun at Outside Lands 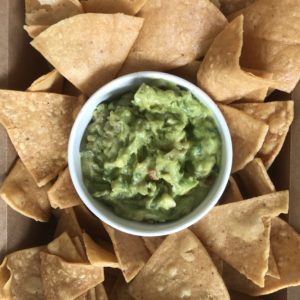 Guacamole and Chips from Xolo 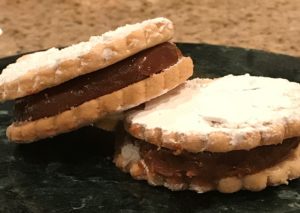 Pescatarians and other seafood fans should also look for Outside Clams where Woodhouse Fish Co. will be claiming land rights in Lindley Meadow.  With two locations in San Francisco, this restaurant has been at the helm of Outside Clams for nearly a decade, serving up lobster rolls, clam chowder and fresh oysters.

You can thank Tonya Kollar for the culinary choices in A Taste of the Bay Area.  She has been applying her talents as Food Curator and/or Coordinator since 2010 at music festivals such as BottleRock, Coachella, Hardly Strictly Bluegrass, Noise Pop and Stagecoach, in addition to Outside Lands. To see the complete listing of Restaurant and Food Truck purveyors coming this year, and their festival menus, please go here. 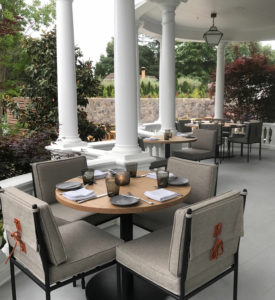 For a different type of stage show, check out GastroMagic, the culinary stage at Outside Lands.  Talented chefs taking the spotlight will include Tony Cervone (Souvla), Chris Cosentino (Cockscomb, Acacia House), Susan Feniger (Border Grill, Socalo), Jessica Koslow (Sqirl), Sarah and Evan Rich (Rich Table) and Michael Solomonov (Zahav). Not just a cooking demonstration, GastroMagic is where chefs are paired with musicians, comics and other artists for whimsical, unpredictable shows you won’t see (or taste) anywhere else.

Getting to Wine Lands – Outside Lands Tickets and Transportation

Headliners for 2019 Outside Lands include Paul Simon, Childish Gambino, Twenty One Pilots, The Lumineers, Flume, blink-182, Kygo, Anderson .Paak & The Free Nationals, Leon Bridges, Kacey Musgraves and Lil Wayne. The good news is you can still purchase tickets for all three days, or just one day, at either a General Admission or VIP level.  There is also a new Luxury Level called the “Golden Gate Pass.” For the full lineup of artists, festival schedule, and to buy your tickets, please go here.

Did we say cannabis?  Yes we did. For the second year, Outside Lands will also include Grass Lands. Presented by Eaze, this is a curated cannabis experience located South of the Polo Field. Grass Lands is a 21+ only experience, spotlighting the celebration, education, and integration of cannabis products into daily life.

If you are going to attend Outside Lands, please consider taking advantage of a Shuttle Service. A Local Shuttle Pass ($49.50 for all weekend, $19.95 per day) offers transportation from the Bill Graham Civic Auditorium downtown (99 Grove Street) to Golden Gate Park.  Routes will be running continuously, from 11 am to one hour after the music ends each night. Regional Shuttles leave from Mill Valley, Oakland, Palo Alto, Sacramento and San Jose at 11 am, for prices ranging from $51 – $77 per day. There are more details on the shuttles at the Outside Lands website, and you can either purchase Shuttle Passes separately, or when you purchase your festival tickets.  Otherwise, please just assume there will be absolutely no parking and plan on using public transportation, ride-share partners or taxis.

Founded in 2008, San Francisco’s Outside Lands takes place annually in the historic Golden Gate Park. The three-day festival showcases the best in music and comedy, from legendary acts to emerging artists. To date, Outside Lands has raised over $20 million dollars for the San Francisco Recreation and Parks Department, and with a heavy emphasis on sustainability, boasts one of the best environmental records of all US festivals.