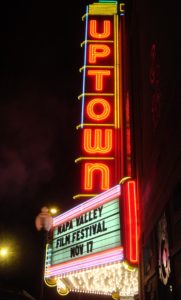 We’re just a few days away from the 2019 Napa Valley Film Festival and if you need a break right now you should seriously consider attending. There are still passes and tickets available for purchase, and part of what makes a film festival special is the live participation of writers, directors, actors and producers in Q&A sessions following practically every screening. Part of what makes the Napa Valley Film Festival special is the combination of excellent films with visiting celebrities, fun parties, and the Valley’s outstanding wine and food.

The 2019 Napa Valley Film Festival (NVFF) runs between Wednesday and Sunday, November 13-17, and there are all sorts of ticket and/or pass options to accommodate your personal schedule. Many things are the same at this year’s Festival (Special Opening and Closing Night Films, Wine Tasting Intermissions, Celebrity Tributes, the annual Gala, the Friday Night Bash). But, there are also some changes this year: Culinary Demonstrations in the Monogram Demonstration Kitchen, “Masterclass” guided tastings of Scotch Whiskies, and some free film screenings in the morning.

The Napa Valley Film Festival will be offering free entry to all morning screenings at the Lincoln Theater this year. Showings include My Beautiful Stutter (a documentary about 5 kids who stutter, capturing their transformation after they enter a groundbreaking program), It All Begins with a Song: The Story of the Nashville Songwriter (a celebration of one of music’s most important yet underrated forces), and Standing Up, Falling Down (a comedy starring Billy Crystal and Ben Schwartz about an unlikely friendship). You can reserve tickets at the Festival’s website, on the “Tickets” page under the “Community Screenings” section.

If you’re still on the fence, we encourage you to think about the films, the parties, and Napa Valley’s generous bounty of wine, food and hospitality. Keep reading and we’ll try to convince you to grab that credit card and start ordering right now. 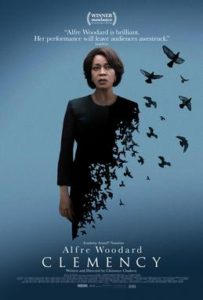 Some of the other 2019 NVFF films potentially heading for an Academy Award include Clemency, a portrait of a prison warden as she prepares for another death row execution (starring Alfre Woodard, Aldis Hodge and Wendell Price), Portrait of a Lady on Fire, a tale of growing attraction between a reluctant bride and the female artist hired to paint her wedding portrait in 1760 France (Noémie Merland and Adèle Haenel), The Truth, the stormy reunion between a woman and her mother, a star of French Cinema who recently published her memoirs (Catherine Deneuve, Juliette Binoche, and Ethan Hawke) and Troop Zero, an endearing tale of a motherless girl in Georgia in 1977 who starts her own troop of Birdie Scouts after being rejected by the existing local troop (Viola Davis, Mckenna Grace, Jim Gaffigan).

The 2019 Napa Valley Film Festival will present over 80 new independent films from around the world. Sixteen of those films are competing for the title of Best Narrative Feature or Best Documentary Feature, and the 2019 NVFF’s Core Competition includes: 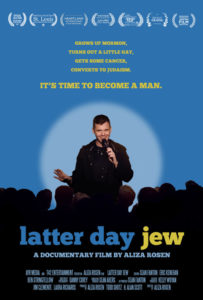 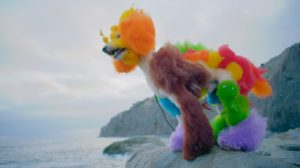 In addition to the films mentioned above, other screenings at the 2019 Napa Valley Film Festival include:

Reason #2 to attend the NVFF: The parties! Film Festival attendees can enjoy an Opening Night Party featuring pop-up bars from Peroni and High West Distillery, Celebrity Tributes (honoring artists such as Kevin Bacon and Vanessa Hudgens), the Friday Night Bash at Martin Studio in St. Helena, and/or the lavish Festival Gala presenting over thirty epicurean and winery partners from throughout the Valley. Of course, there are always the unofficial After Parties as well. 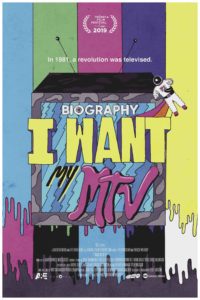 On November 16, the 2019 Napa Valley Film Festival Gala starts at 7 pm when the film I Want My MTV sets the stage for a night of neon nostalgia. After this “biographical” film of how a new cable channel in 1981 burst onto the scene is screened, a Q&A session moderated by singer/songwriter Matt Nathanson will feature former Monkee Michael Nesmith, Heart’s Nancy Wilson, and the original VJ Alan Hunter. Then, you can enjoy food, wine, cocktails and live entertainment all night long. Formal wear is encouraged, but not required, but attire supporting the 80’s theme is strongly encouraged. 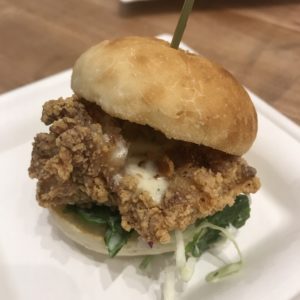 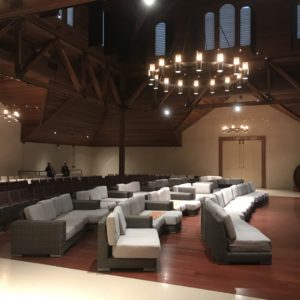 Reason #3 to attend the NVFF: The Valley itself! The 2019 Napa Valley Film Festival has 7 unique theaters across the Valley showcasing films and events including the Archer Hotel, CIA at Copia and the Uptown Theatre in Napa, the Napa Valley Performing Arts Center at Lincoln Theater in Yountville, and Cameo Cinema, Charles Krug Winery and Native Sons Hall in St. Helena. Attendees can enjoy many Film Festival activities at two Festival Hubs: one in Napa and one in St. Helena.

The Up-Valley Festival Hub is at Farmstead/Long Meadow Ranch in St. Helena, with a box office, afternoon Wine Tasting experiences, and opportunities for fabulous sit-down meals before or after a film. The Film Festival’s Blending Labs will take place here, a series of live panels involving film, food and wine. This is also where you’ll find Masterclasses around beverages such as Ardberg and Glenmorangie Scotch Whiskies and Remy Martin Cognac. 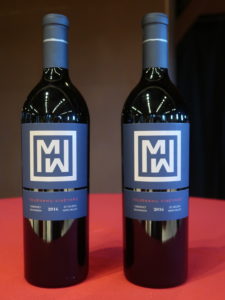 If you’d like to have some wine while you watch a movie, wine will be available on site for purchase during screenings at Archer Hotel and the Uptown Theatre in Napa, the Lincoln Theater in Yountville, and Charles Krug Winery in St. Helena. In addition, Napa Valley wine tasting experiences will take place at both of the Festival Hubs during “Intermission” from 3 pm to 5 pm from Thursday through Sunday. Different wineries will pour each day, so feel free to keep returning to the Hub of your choice. 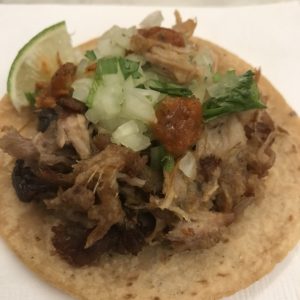 New this year, the Napa Valley Film Festival will stage cooking demonstrations in the Monogram Demonstration Kitchen at the Napa Festival Hub between November 14-17. Demonstrations will occur at 10:30 am, 12:15 pm, and 2:00 pm each day and there will be a sampling component at each. Demonstrators will include Chef Ignacio Beltran of Gran Eléctrica, Michelin Star Chef Stuart Brioza of State Bird Provisions, Executive Chef Daniel Capra of Paula LeDuc Fine Catering, Chef Vatche Moukhtarian of Cracked Pepper Bistro, Executive Chefs (and Owners) Laura and Sayat Ozyilmaz of Noosh and Chef Tu David Phy of Banhmi-Ni. Dishes being prepared include Honey Fried Chicken, Lahmajune, Sabich, and Pizza.

Each year, the Napa Valley Film Festival salutes the highest levels of cinematic achievement by recognizing legendary filmmakers, trailblazers and rising stars. The 2019 NVFF will celebrate these talented folks on three occasions: 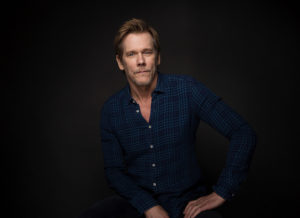 On November 15, a separate Tribute at Raymond Vineyards will focus on Trailblazer Olivia Wilde (Booksmart, Her, House, Life Itself, Rush). This event is open for Patron Circle members, filmmakers and industry guests only. 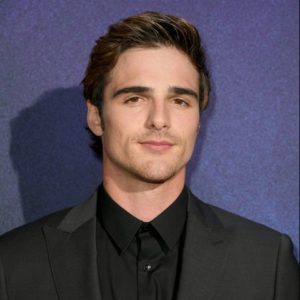 On November 16, the NVFF presents its Rising Star Showcase, a moderated panel discussion with talented young actors who will share their thoughts on life in the entertainment industry. The 2019 Rising Stars include Jessica Barden (The End of the F*cking World, The New Romantic, Jungleland), Dean-Charles Chapman (Blinded by the Light, Game of Thrones, The King), Jacob Elordi (Euphoria, The Kissing Booth, The Mortuary Collection), Kelsey Asbille (Pair of Kings, Wind River, Yellowstone), Kelvin Harrison Jr. (All Rise, Luce, Monsters and Men), Liana Liberato (Light as a Feather, Measure of a Man, To the Stars), and Mena Massoud (Aladdin, Open Heart, Run This Town). Showcase attendees will also able to enjoy small bites and tastes of wines from Materra | Cunat Family Vineyards.

The 2019 Napa Valley Film Festival has tickets and passes available for purchase online right now. Once the festival is underway, passes and tickets can be purchased (and/or picked up) at the Napa Box Office location. The NVFF functions primarily on a pass system, ranging from 5-day experiences (Wednesday-Sunday) to weekend 3-day experiences (Friday-Sunday). NVFF also sells Rush Tickets to screenings if seats still remain after all pass holders have entered the venue.

Film Festival Pass packages, and how they impact your place in line, are described below.

Of course, the most elevated experiences at the 2019 Napa Valley Film Festival go to those who join the Patron Circle and find no waiting in lines, reserved seating sections, and complimentary wine at many of the screening venues. 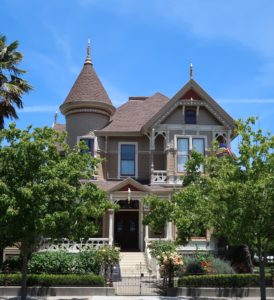 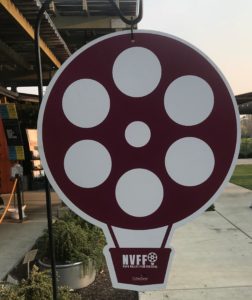 For full details on the 2019 Napa Valley Film Festival, including details on all of the films, please go here. If you are coming to the Film Festival and need some additional travel advice for wineries and restaurants while you’re in the Valley, we’re here to help. Please go to the navigation bar above and follow the drop-down menus under “Favorites By Wine Region” to get details on the area you’re most interested in.