If you’re heading to the Napa Valley for a day of wine tasting, we thought we’d offer two wonderful places to start your day (depending on which direction you’re coming from).   Both of these destinations offer an enjoyable tasting experience, lovely staff, and delicious wines.   You do need to make an appointment for tastings at both of them, but the experience is well worth the easy effort involved.

If you are coming into Napa Valley from the south end (from San Francisco,  the East Bay, or from the City of Sonoma) we highly recommend starting at Y Rousseau Wines.  The tasting room is in a corporate park area just a little ways south of downtown Napa and this small family-owned winery produces food-friendly wines with great personality, made in the Old World French Style.  We really enjoy the traditional Napa wines at Y Rousseau (Chardonnay and Cabernet Sauvignon) but there is a soft spot in our hearts for the less commonly found varietals Colombard and Tannat which they craft into absolutely stunning treats.

Y Rousseau Wines is the realization of a dream that began long ago in France.  Yannick Rousseau, founder and winemaker, was born in the Gascony region in the South-West of France and worked at Domaine Saint-Lannes, Château Montus, and Château Bouscassé.  He has been working his craft in Napa Valley since 1999, starting at Newton Vineyard and then Chateau Potelle Winery.  He released his first wine under the Y Rousseau label in 2008, Old Vines Colombard from Russian River, which sold out in 6 months. 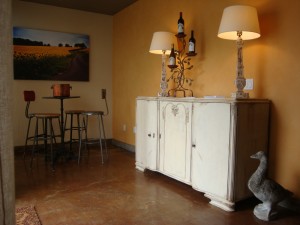 The tasting room is fairly new, having just opened in May 2013.  While the industrial surroundings may not be as pretty as being surrounded by rows and rows of vines, Yannick and Susan Rousseau have converted the inside of the winery into a delightful and comfortable tasting salon.  Depending on what’s going on at the winery, your tasting experience may or may not move from the Tasting Salon back into the production area.

The wines here include Colombard, Chardonnays (made with fruit from Mt. Veeder and Russian River Valley), Rosé (of Tannat), Merlot, Cabernet Sauvignon (Mt. Veeder), and Tannat, with overall production running about 2500 cases per year now.  We are fond of all of the wines here and Yannick’s many years of expertise in making wines from Colombard and Tannat, dating back to his days in Gascony, clearly shines through given how well he makes wines from these grapes.   Y Rousseau Wines is currently sold out of the 2011 Tannat (because it sold out in just 6 weeks) but the 2012 vintage should be released in January 2014 (and you can pre-order some if you want).

Y Rousseau Wines is located at 902 Enterprise Way, Suite O, Napa, CA, and your best chances for an appointment are between 10 am and 4 pm, Wednesday through Saturday.  To arrange for an appointment, you can either call Susan Rousseau at 415-713-4203, email her at susan@yrousseauwines.com, or you may just want to try and schedule an appointment online through Cellar Pass. 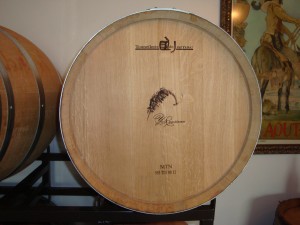 The plume on the wine labels at Y Rousseau represents the ‘feather in the cap’ of the most famous Musketeer, D’Artagnan, who was born in 1609 in Gascony (his real name was Charles de Batz de Castelmore, Comte d’Artagnan). Throughout his travels, and over the course of his life, D’Artagnan came to be known as the ambassador of the Gascony lifestyle of Joie de Vivre & Bon Vivre: simple pleasures of daily life, taking the time to enjoy the company of family and good friends, sharing delicious food, excellent wines and lively discourse.   Many years later, Yannick Rousseau is following in his footsteps and promoting the motto of “All for Wine, Wine for All!” 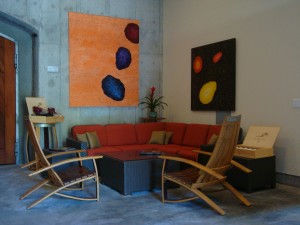 If you are coming into Napa Valley from the north end (from Santa Rosa, Knights Valley, or from Lake County) we highly recommend starting at Jericho Canyon Vineyard.  Proprietors Marla and Dale Bleecher purchased this property in 1989 after a three-year search and while 40 acres of vines are planted here another 90 acres of the ranch are preserved as wildlife habitat so the scenery is gorgeous.  The winery (and tasting room) is in a hidden canyon nestled at the base of Mount St. Helena just northeast of downtown Calistoga.

Jericho Canyon Vineyard wine is made in the Bordeaux style, hand-crafted in small lots, and blended to create a full-bodied, complex wine with well balanced tannins.  The temperature swings in the canyon (along with the volcanic Boomer gravelly clay loam soils) ensure production of small quantities of rich, full-flavored fruit which serves as the basis for the wines here. 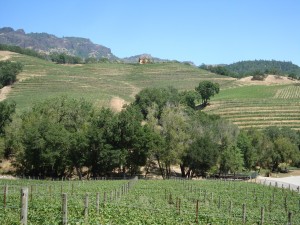 The vineyard portion of the property is divided into 24 blocks, each with its own unique characteristics and idiosyncrasies.  In the early years, the Bleechers sold their fruit to a variety of wineries including Chateau Montelena, Clos Du Val, Rudd Estate, and Ramey Wine Cellars.  In 2006, Jericho Canyon Vineyard completed their winery (which leads to a 6000 square foot cave drilled into the hillside) and produced their first estate wines.

Jericho Canyon Vineyard wines are crafted by Nick Bleecher (son of Marla and Dale) and consulting winemaker Aaron Pott, both of whom studied oenology at UC Davis.  Nick grew up on this property, working the vineyard from an early age.  After studying at Davis, Aaron completed his education with a master’s degree in Viticulture from the Université de Bourgogne in Dijon, France.  His work experiences in France included being winemaker at Château Troplong Mondot and Château La Tour Figeac in St. Emilion, France, and St. Clement Vineyards and Quintessa in the Napa Valley. 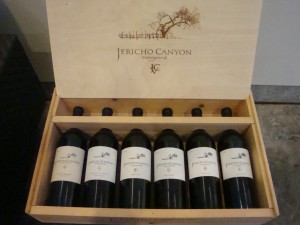 Our favorite wines at Jericho Canyon Vineyard include their Sauvignon Blanc and all three of their Cabernet Sauvignons (Jericho Canyon, Estate, and Reserve).  The winery is located at 3322 Old Lawley Toll Road, Calistoga, CA.  If you want to schedule an appointment for tasting, please call them at 707-942-9665 or you can easily submit a request with potential times and dates at the winery’s website here.

We’re clearly fans of both Y Rousseau Wines and Jericho Canyon Vineyard, and hope you enjoy them too.  Obviously, if you aren’t able to schedule an appointment with them to start your day, they are both excellent stops worth making at any time during your wine tasting adventures.