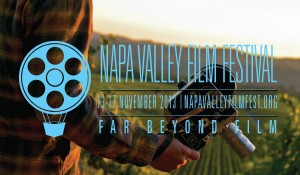 Moviegoers rejoice, as it’s time for the 3rd annual Napa Valley Film Festival (NVFF) so now you’ve got another excellent reason to visit Napa Valley.  With events covering an entire week, this year’s festival will feature 125 new independent films and the Valley’s finest wine, food, and hospitality.  Beyond the film viewings, festival attendees will also find Special Events such as an Opening Night Party, a Festival Gala, Celebrity Tributes, The New Power Lunch (honoring women’s contributions), Culinary Demonstrations, Winemaker Dinners, and the closing Award Ceremony and Wrap Party (where 8 Jury and 9 Audience Awards will be handed out).

The NVFF is centered around four Festival Villages (in Napa, Yountville, St. Helena, and Calistoga) and each village has a Village Center (Will-Call, Box Office, Merchandise), multiple screening venues (12 in total across Napa Valley), Wine Pavilions (offering wine tasting experiences between 2:30 and 5:00 pm Friday through Sunday), and festival Front Porches.  You can base yourself in one village, or check out a different town each day (most films screen multiple times up and down the Valley).

The Napa Valley Film Festival officially opens on Wednesday, November 13 with the highly anticipated film August: Osage County directed by John Wells and starring Meryl Streep and Julia Roberts.  This Pulitzer Prize-winning play (and winner of five 2008 Tony Awards® including Best Play) tells the dark, hilarious, and deeply touching story of the strong-willed women of the Weston family who return to their family home and reunite with the dysfunctional women who raised them.

Before the official opening of the NVFF, you can attend a day of films honoring Veterans on November 11 (with free admission for Veterans and active duty military) and/or a sneak preview on November 12 of Alexander Payne’s new film Nebraska starring Bruce Dern and Will Forte.

To purchase passes or to see the entire Film Festival program, please go here.  Otherwise, keep reading and we’ll share some of the many reasons to attend the 2013 Napa Valley Film Festival.

In addition to the ones listed above, additional films that will be part of the Napa Valley Film Festival lineup are: 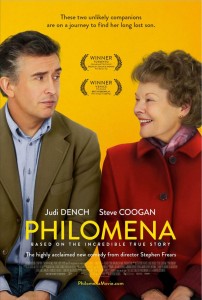 Philomena – From the book The Lost Child of Philomena Lee, this movie featuring Dame Judi Dench and Steve Coogan focuses on the efforts of a woman to search for the long-lost son she conceived out of wedlock and gave up for adoption.

Saving Mr. Banks – A wonderful cast (led by Tom Hanks and Emma Thompson) play out the story of two weeks in 1961 when Walt Disney pulls out all the stops to try and convince P. L. Travers to let him make a movie out of her Mary Poppins book. 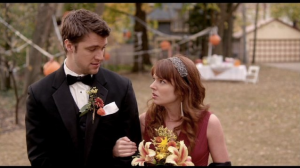 Other narrative films at the Napa Valley Film Festival include romantic comedies such as Hank and Asha (international love story via correspondence through video letters), One Small Hitch (childhood friends, recently reunited, who must each quickly find a serious love interest to show off to their families), and Putzel (coming of age story about a young man who tries to interfere in the romance between his already married boss – and uncle – and a new arrival).

The NVFF will also showcase a variety of interesting Documentaries including:

Since the film festival takes place in Napa Valley you probably expect some wine-centric films.  The Napa Valley Film Festival obliges with: 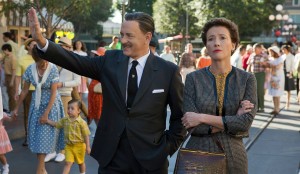 Following the November 14 screening of Saving Mr. Banks, Patron Circle and Pass Plus holders can join filmmakers and sponsors at the spectacular Festival Gala  in downtown Napa from 8:00 pm to 2:00 am. At the Gala, attendees will enjoy live entertainment from half a dozen different acts, and culinary offerings and wine pairings from more than 25 Napa Valley top chefs and wineries. 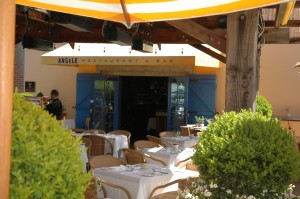 As the night progresses, guests can celebrate in the VIP lounge with cocktails, nibbles and late night dancing.  Individual tickets are also available for this event for $150 per person, or $250 per couple.

The best way to attend the Napa Valley Film Festival is with a Pass and there are three levels (Festival Pass, Pass Plus, and Patron Circle) while other options include Day Passes, Combo Passes, or Rush Tickets.  Here is a brief summary of your choices:

Pass Plus: $500 – Provides same benefits as the Festival Pass, plus access to…

Wednesday & Thursday Combo Pass: $75 – Same benefits as a Festival Pass for both November 13 and 14

At all programs there will be three groups entering: Patrons enter first, other Passholders enter second, and Rush Ticket holders enter third (if space available).  Passes, and Special Event tickets are available for purchase online here.  Rush tickets are sold at screening locations or Wine Pavilions, cash only.

The Napa Valley Film Festival is produced by Cinema Napa Valley, a registered 501(c)(3) non-profit organization whose mission is to support the art of independent filmmaking and cinematic story-telling; enhance and diversify Napa Valley’s cultural landscape, and to provide educational opportunities in and out of the classroom for local students.

While you’re in Napa Valley, if you are looking for some suggestions on wineries and/or restaurants in between films, please see our recommendations by clicking on “Favorites By Wine Region” on the menu bar above, and following the drop-down menus to the area(s) you are interested in.